Former Jack Daniel’s master distiller Jeff Arnett, in his 20+ years at this iconic American whiskey distillery, easily made a name for himself during his time there. His credits include the introduction of super-premium whiskeys such as Sinatra Select, Single Barrel Barrel Proof, Single Barrel ‘Heritage Barrel’ and the Tennessee Tasters’ limited edition series. Not quite ready to sit on the sidelines, it has now been unveiled his plans to be part of a new Tennessee whiskey venture. https://019f3c54bf9c0873c0a4d802b0b060e7.safeframe.googlesyndication.com/safeframe/1-0-38/html/container.html

The new Company Distilling, according to those behind it, has a founders team that includes Arnett, Kris Tatum, former president of the Tennessee Distillers Guild, Corey Clayton, an accomplished construction management professional, Heath Clark, founder of H. Clark Distillery, and Clayton Homes, CEO Kevin Clayton. Plans call for them to open their new facility in the fall of 2021 in the Smoky Mountains of East Tennessee.

“It’s this collaboration between friends seeking to produce a spirit worth gathering over that sparked the Company Distilling name,” said Tatum in a prepared statement. “Not only will the whiskey be best when enjoyed among good company, but the distillery’s property provides ample opportunities for gathering and outdoor fun.” 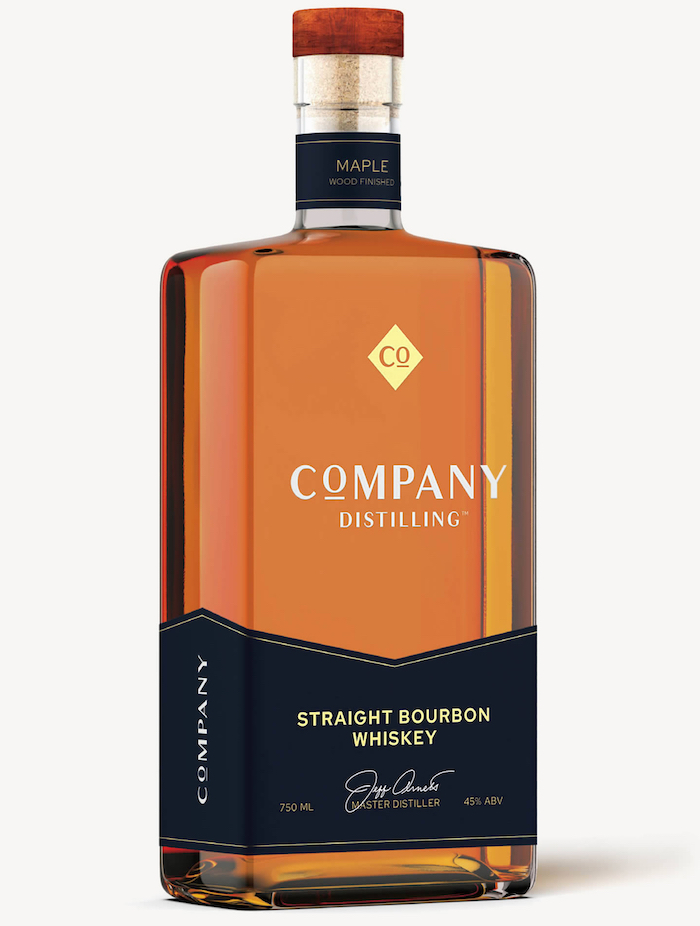 The property Tatum references in question is a 2022 opening (see below for more details). While that is being developed, what’s opening later this year will be a 4,000-square-foot tasting room and restaurant in Townsend, Tennessee, the gateway to the Great Smoky Mountains National Park, later this year. Set along the Little River with the Townsend Greenway running along the front of the 13.5-acre property, the tasting room will offer access to cycling, running and nearby mountain biking and hiking trails.

Following this will be the 2022 project, which is described by the brand as a “mixed-use, family-friendly facility in Springbrook Farm, a master planned “city center’ in Alcoa, [that] will serve as the primary distillery and the location for the spirit’s main manufacturing. The 20,000-square-foot refurbished building with a casual, mountain-inspired theme, will include a tasting room, restaurant, brewery and retail store along with ample outdoor activities and entertainment on the property’s 31 acres including a live music venue, corn hole, pickle ball courts, bonfire pits, and open access to greenway trails.”

And, as if this all wasn’t enough, plans are said to also be in the works in 2022 for a footprint expansion in Middle Tennessee “with a tasting room, retail store and tours located in Thompson’s Station.” All total things look to be adding up to a $20 million investment.

“In 2009, Tennessee was home to only three distilleries, but now craft spirits are flowing from many counties across the state,” Tatum added. “We’re proud to be a Tennessee distillery and stand behind our meticulously crafted spirits.”

“For years now, we’ve had this spirit in the back of our minds,” said Arnett. “It’s straight bourbon whiskey finished with maple wood to produce a sip like no other. It’s hard to believe it’s finally real. And it’s better than we ever imagined.”

wpDiscuz
0
0
Would love your thoughts, please comment.x
()
x
| Reply
We Are Back

We are Operational once again.

Thank You for supporting the venture all along and being a part of it.